The registration form for the event is available here. 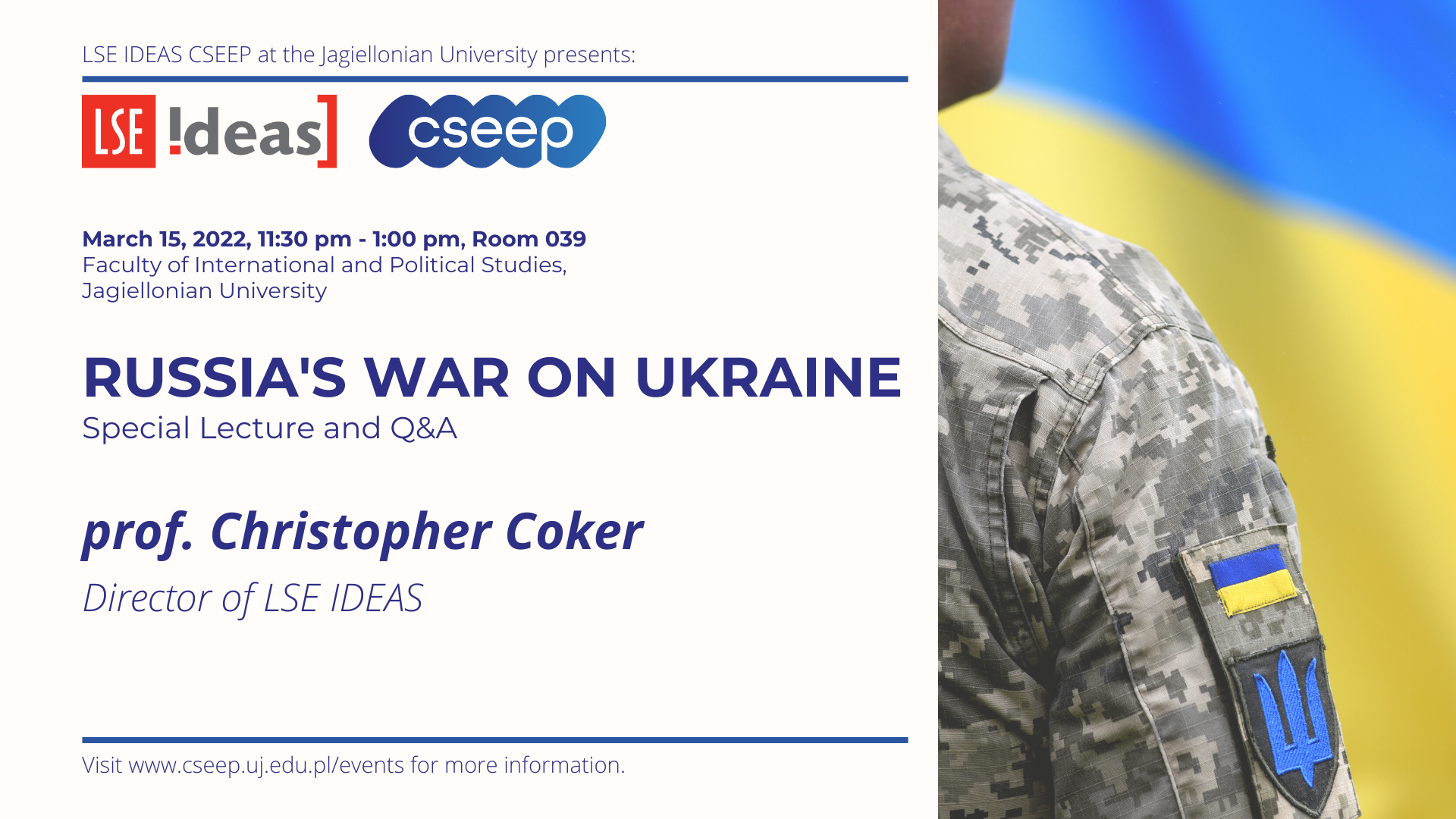 LSE IDEAS CSEEP at the Jagiellonian University is proud to invite you to a special event and Q&A session with prof. Christopher Coker, director of LSE IDEAS.

Prof. Coker will be discussing the war in Ukraine including the progress of the military campaign, the policy of the West, the impact of sanctions, the political position of Vladimir Putin and the possibility of a wider global confrontation. His remarks will be based on the discussions of IDEAS Russia-Ukraine Forum, an informal group of policy makers, academics, and journalists.

Christopher Coker is Director of LSE IDEAS, the foreign policy think tank of the LSE. He was Professor of International Relations at LSE, retiring in 2019. He is a former twice serving member of the Council of the Royal United Services Institute, a former NATO Fellow and a regular lecturer at Defence Colleges in the UK, US. Rome, Singapore, and Tokyo. He has been a Visiting Fellow at the National Institute for Defence Studies In Tokyo, the Rajaratnam School for International Studies Singapore, the Political Science Dept in Chulalongkorn University, Bangkok and the Norwegian and Swedish Defence Colleges. His publications include Rebooting Clausewitz (Hurst, 2015), Men at War: what fiction has to tell us about conflict from the Iliad to Catch 22 (Hurst, 2014); The Improbable War: China, the US and the logic of Great Power War (Hurst, 2015); Future War (Polity, 2016), and The Rise of the Civilizational State (Polity, 2019). His most recent book is Why War? (2020).